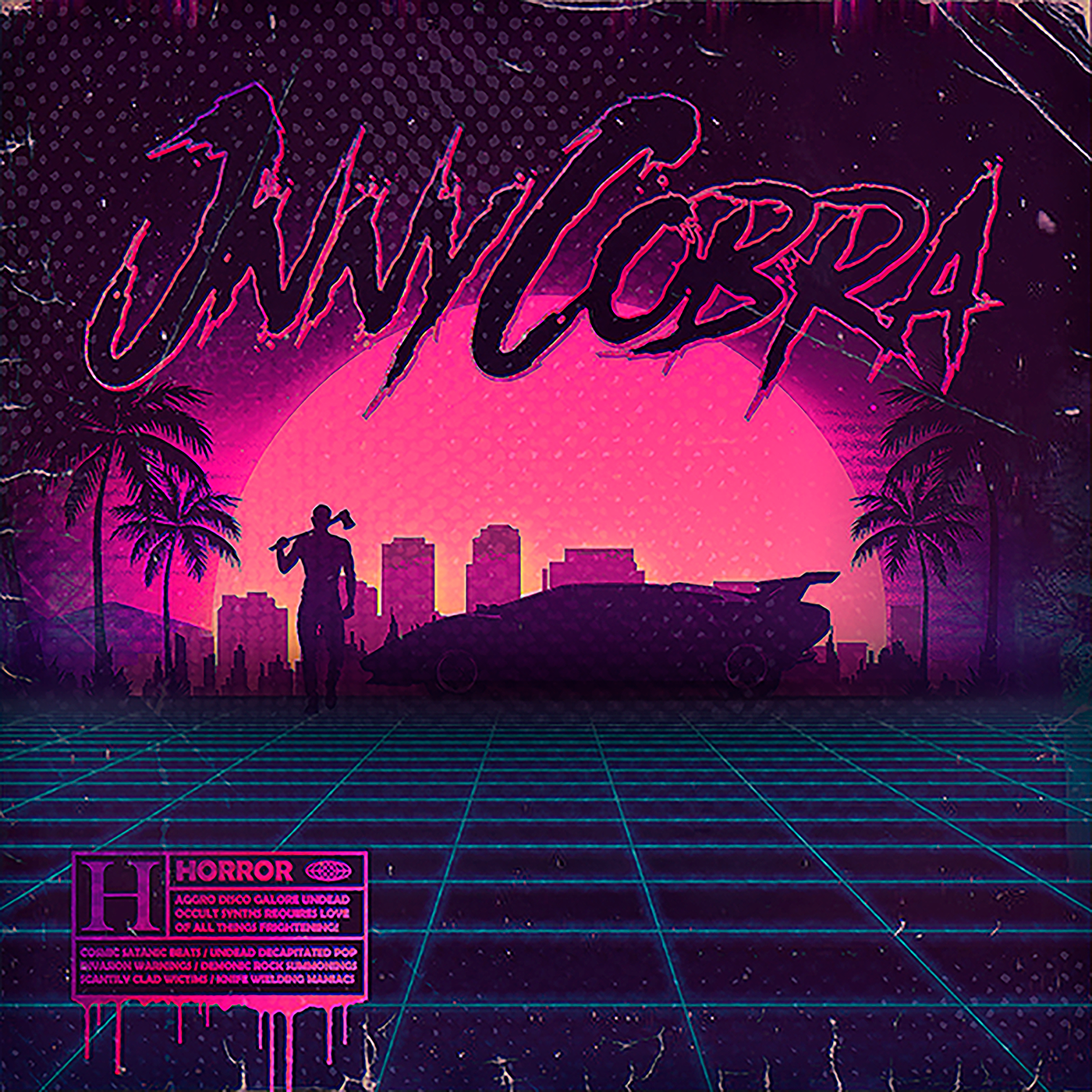 Space Invaders, BMX, C64 & VHS – JNNY COBRA is the new soundtrack to the 80’s! All though no real evidence exists, it´s a public-secret that young JNNY during his prime teen-age years in the late 80s was abducted by an unidentified phenomenon and infused with extraterrestrial sonics and VHS technology. But it would take almost 20 years before JNNY would find his place in the world and put these supernatural abilities good use. Instead JNNY spend most of his 20s and 30s focusing all his power into making bad decisions as he traveled Europe, fighting crime and helping old ladies across the road as front man in legendary Danish Death Metal act The Burning. JNNY spend the next few years watching low quality Sci-fi flicks, making videogames, inventing pizza and securing his rightful place at the top of the Japanese YO-YO community. During one of many secret CIA missions, JNNY was bitten by a radio-active snake and received first degree acid-burns to his face and can now only be seen in public wearing a Spock mask. Join JNNYs crusade against all things boring, and take a rollercoaster ride where synth pop, detuned basses, horror movie samples and Heavy Metal go hand in hand on his debut album DISCO AGGRO SESSIONS.